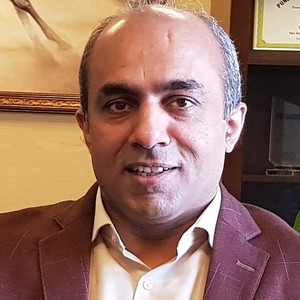 According to a recent report of State Bank of Pakistan, Islamic Banking in the country has earned an annual growth of 7.4%, and now has a market share of 13.2%. The size of this sector has risen to Rs.1.42 trillion out of Rs.11.1 trillion which is the total size of banking sector in Pakistan. Not only Pakistan, but the entire world has witnessed unprecedented growth in Islamic Banking. According to the estimates, the global size of this sector is USD 20 trillion and has grown faster than conventional banking since 2009. Islamic Ideology Council of Pakistan declared all sorts of interest income un-Islamic in 1977 and proposed measures against conventional banking in the country. This was the reason why Government took steps in the form of Profit & Loss sharing schemes. It has been forty years since the inception of such schemes and the entire system of Islamic Banking has grown in to assets of worth billions of Rupees. Numerous business groups are working in this sector and are earning billions of rupees annually in terms of profit. These beneficiaries are holding advisory boards consisting of religious scholars who are busy formulating the laws and standards of Islamic Banking through a systematic framework so that Sharia compliant banking could be achieved.

After forty years of this journey, there is a dire need to evaluate the evolved system of Islamic Banking in the light of Sharia and the effects this system has inflicted upon general economic conditions of the society. Has this system been able to promote investments? If yes than, which segment of society is the beneficiary? To what extent has this system been able to eradicate the menace of interest? What is the situation of monopoly in the Economy? Has the cottage industry benefitted from Islamic Banking? Answers to these questions are not very favorable. A selected segment of society remained the biggest beneficiary of this innovation and they became more influential and powerful through this process. Small traders have been weeded out from the business. Use of interest was made prohibited in documentation only, and that gave rise to another tool for the powerful to exploit the name of Islam in yet another money making intrigue.

Government has recently announced the launching Rs.80 Billion Sukuk Bonds over a period of three years. Who will be lending this money? It is the Islamic Banks using deposits of its account holders and lending this money to Government of Pakistan. What these account holders will get in return? Government will pay interest at fixed return rate of 6.1% to these banks. Ironically it would have been a cheaper loan, had it been taken from conventional banks. Actually a prefix of word “Islamic” has cost us dearly. Sukuk bonds are being issued against guaranteed incomes from Jinnah Terminal Karachi Airport, and it is extremely unlikely that income from this project will remain constant for next three years. There is hardly any doubt that this venture would involve the menace of interest in it, which account holders of these banks do not know and understand. Account holders will keep considering it as an Islamic activity while money from their taxes will be paid to the banks in the form of interest which is in total opposition to the teachings of Islam. Our Islamic Banking system actually draws valuation from existing market interest rates otherwise they could not stay in the business. Moreover, their rate of interest wrapped in the veil of religion is at a higher rate as compared with rates of conventional banking. Probably, this extra amount is the price of being a Muslim in today’s world. It is a great irony of our nation that we believe in mere documentation and lip-service in matters of truth and justice and ignore the factual realities. Today, it is the need of the day that we as Muslims of this era must be aware of prefix and suffix of “Islamic”, be it a product, party, movement, institution or a country. We must avoid hasty conclusions based on attractive slogans and focus on logical and analytical reasoning to harness better results in the society.