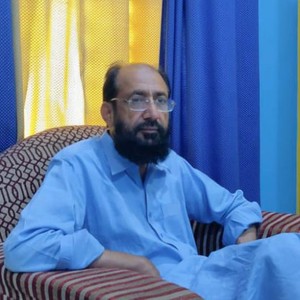 In the 22nd Annual Session of Arab League which was conducted on 27th March 2010, Ali Abdullah Saleh, the current president of Yemen, stressed on the idea of the establishment of an Arab Union. A five member committee was set up by the participants in order to analyze all the possible aspects in this concern. In its report, this committee will analyze the practicality of this proposal by discussing it in a special session of foreign ministers.

The secretary general of the Arab League, Omar Musa, suggested a multi-dimensional spread of the forum. Furthermore, he also invited other Muslim nations to join, especially Iran and Turkey. Although this idea could not gather much support, but discussions on this suggestion have formally been initiated.
Many countries of the Persian-Gulf are also keeping their eyes on the emerging growth of Iran. Internal situation of the Arabs is such that Iraq and Syria are currently in a conflict over the issue of Kurds with Turkey. America has settled here after invading Iraq. Iran is being threatened on every passing day. Palestine is under permanent oppression of Israel.

Today the Arab World, spread between the Atlantic Ocean and the Persian-Gulf, is a very large assemblage constituting human and materials resources. It includes the independent state of Palestine and 21 Arab countries. If this unity gains a practical shape, it would become world’s largest forum after that of Russia, China and India. Because of its natural resources, there would hardly be any country to compete with it.

This idea of Arab Union is not a new one. Earlier, in the last century, Jamal Abdul Nasir of Egypt presented this idea; although, he believed in the unity of progressive Arab countries only. At that time this idea could enroll only Syria and Yemen. It lasted for 3 years and came to an end by 1961. Apart from the progressives of Iraq and Syria, Moammar Qaddafi of Libya also made efforts to give this idea a practical form. He worked to promote mutual relations with Nigeria, Sudan, Egypt, Tunisia and other neighboring countries. He intended to erase boundaries of adjacent countries, but it resulted in an armed disputes with Sudan and Egypt. International media highlighted this issue and made efforts to vilify Libya which largely remained futile. Thus, this idea could not gain any considerable importance in the previous era.

Experts closely analyzing the political history of Arab countries say that in the preceding century, from the day the Ottoman Empire broke apart, the power which played a basic role in this regard, still holds its international dominance even after getting its center changed after World War II. This is the reason that whenever such a unity which is against the current practices is made to establish, the efforts fail badly. The imperialist power has established such an automatic system here that every such movement becomes ineffective. When Arab states advance towards unity, their distinctive nationalities begin to arise. When they start moving towards unity, sloganeering for Egyptians, Iraqis, Jordanians and Syrians begin.

Moving towards a union is a constructive act. It brings people and nations closer. It not only results in the growth of human resource but the policies to benefit from natural resources also come into being. The only situation to get maximum benefit out of human and natural resources is when people and nations are mutually connected and they trust each other. A nation, participating in the union, can be beneficial and helpful to other nations only when it participates with independence, sovereignty and with its complete strength, which must also be felt by other nations in the union.

If the Arab nations are analyzed, it can be seen that the rulers of most of the countries are still following the path of life as desired and intended by their actual masters. These rulers did not come to power by any electoral process; rather they were imposed as rulers as a result of protecting interests of global powers. This is the reason that whenever the interests based on the unity of Arabs are discussed, it is evaluated whether this problem will harm global imperialists? If the answer is yes, then the whole of the movement comes to an end. Such an attitude of the Arabs has been observed many times on the issues of Iraq, Iran and Palestine.

In such a scenario, the only unity that can grow among the Arabs is the one which includes the countries whose heads came to power by a revolution or are elected directly by the masses. Only Iran, Syria and Libya are the countries that fall on this criterion. If the super powers of the world such as China and Russia also become a part of this union, to represent their Muslim populations, it will not only strengthen the union, but will also encourage those weak countries to join who hesitate to become a part of any such movement. If this union plays an effective role in promoting the cause of Arab Nationalization, it will result not only in improving their credibility but will trust will also begin to flourish among the nations